Joseph Cyril Bamford Excavators Ltd., universally known as JCB, is a British multinational corporation, with headquarters in Rocester, Staffordshire, manufacturing equipment for construction, agriculture, waste handling, and demolition. It produces over 300 types of machines, including diggers (backhoes), excavators, tractors, and diesel engines. JCB was founded in 1945 by Joseph Cyril Bamford, after whom it is named; it continues to be owned by the Bamford family.

In 2005, for the first time in nearly forty years, JCB bought a company, purchasing the German equipment firm Vibromax. JCB VIbromax, formerly known as Vibromax was a manufacturer of road rollers in West Germany. The former Vibromax was acquired by JCB in 2005 and rebranded as JCB Vibromax. In 2012, the Vibromax part of the brand was dropped, and in 2014 the Gatersleben factory was closed with production dispersed to other JCB facilities, marking the end of Vibromax as a distinct business unit. 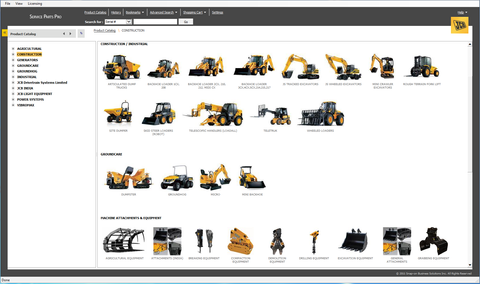