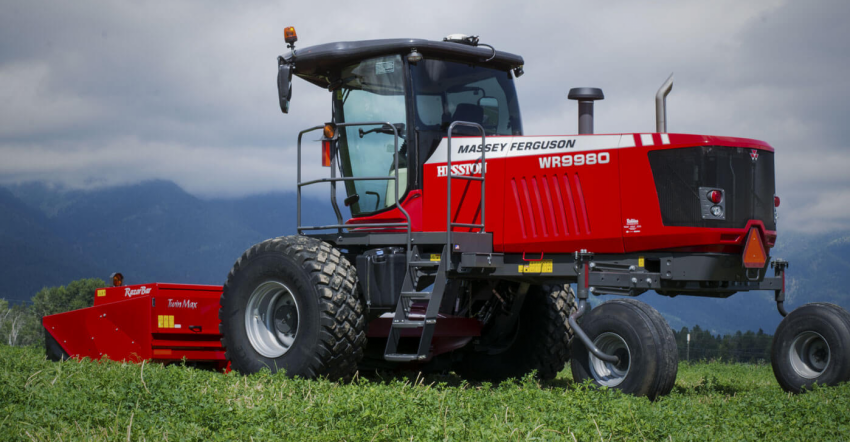 With over 65 years of experience, Hesston® by Massey Ferguson is known for its commitment to creating innovative products that produce one thing: Quality Hay. Hesston has been known as the hay and forage innovator since 1955, when the company developed the first commercially available self-propelled windrower. Other industry firsts have included the first hydrostatic windrower, the first center-pivot mower-conditioner and the first big square baler—which had nearly 50 individual patents of its own. Today, Hesston products continue to lead the way in advanced hay and forage technology.

In 1947, Lyle Yost founded Hesston Manufacturing Co. Hesston, Kansas, USA. The company specialized in farm equipment, including self-propelled windrowers and the StakHand hay harvester. In 1977, Fiat purchased an interest in Hesston, and began importing Fiat tractors under the Hesston brand. Hay tools, self-propelled windrowers and skid-steer loaders were manufactured in Hesston, KS and sold in Europe and other parts of the world. In 1991, the American-based equipment manufacturer AGCO Corporation purchased Hesston Corporation and later expanded the manufacturing facilities.